Colorado’s great weather has more architects and homebuilders finding ways to bring the outdoors in. Whether the home is designed with exterior door panels that fold flat opening a room to an outdoor area, an existing home has them installed or using the garage-door method of bringing your outside space in, combining indoor and outdoor space is a trend that’s suited to the Colorado lifestyle.

Two of the four homes profiled here take that concept and run with it. Another makes use of front porches and rooftop decks. The fourth? Well, it’s a cool Craftsman-style house with a nice little backyard — and an enormous whiskey cellar.

The new owners of 5235 E. Third Ave. in Denver’s Hilltop neighborhood just moved from 260 Hudson a block down the street to a newer home designed and built by Ivan Gamayunov & Steve Barsch, owner of

was the Broker on 5235 E. Third Ave & Owner Designer on 260 Hudson St . Both homes designed or designed elements by Gamayunov/Horvath and architect Steve Barsch have interesting touches, like spice and knife racks that appear from a under cabinet or pop up from a countertop with the push of a button. But the new house has an amazing covered patio with an outdoor kitchenette directly off the main living space, which features a glass wall that folds all the way open, making the indoors feel like the outdoors.

“Indoor/outdoor entertaining areas are becoming the norm,” says Andi Leahey, a broker with Kentwood City Properties who handled the Buyer for the transaction with Horvath the owner of Wild & Mild Homes located @ 290 Fillmore St Denver Co 80206.

Though Horvath likes the older house, which he built in 2013,  The newer version has features in all the bathrooms with heated floors and towel racks and even the back rest of the master tub is heated. Brightly colored bathroom tiles are a signature touch on the homes he builds/designs as IG Tile who the Owner is Ivan Gamayunov dominates the tile creations & owner of the E . Third Ave Property.

Another trend, which Horvath/Client incorporated into the $2.5 million home & other, is a coffee bar with a refrigerator in the master suite. A wall safe, also another commonly found amenity lately, is built into the master closet.

In the kitchen, which opens into a large living area off the patio, there is a built-in coffee maker and a hood that glows with the push of a button over the 48-inch cooktop.

Horvath/Clients will scrape a house to its foundation, which he leaves intact. That allows him to reduce the time it takes to get permits and cut the cost of installing new water and gas taps.

A recently completed 7,300-square-foot residence on one-third of an acre at 333 Milwaukee breaks the mold for homes built in traditionally staid Cherry Creek North. Constructed almost entirely of cedar, the five-bedroom, six-bath home features a wall of glass doors that opens to the courtyard, a saltwater pool and hot tub. The rooftop deck overlooks the courtyard and Cherry Creek North. Modern finishes such as concrete slab kitchen countertops, steel beams and tongue-and-groove wood ceilings give the home a modern yet rustic ambiance.

“It is so architecturally unique that if more builders, developers and architects took a little risk and really thought outside the box, it would transform the landscape of architecture in Denver,” says Jeff Hendley, a broker with LIV Sotheby’s International Realty who is listing the house. “There’s nothing out there like it, and they just did it spot-on.”

Boulder-based Surround Architecture designed the home to take advantage of the 300-plus days of sunshine Colorado enjoys annually. There are high-end, low-E glass windows and numerous folding glass doors. The residence also raises the standard for energy efficiency with its geothermal system and radiant floor heating and cooling.

Tejon34 is an urban oasis with townhouses surrounding a common courtyard at the corner of West 34th Avenue and Tejon Street. But the project could have gone a completely different direction without the cooperation of the neighbors and vision of a team that included developer Ray Kawano, architect Daniel O’Brien and brokers Paul Tamburello and Rick Flanagan. Part of the property, originally split into two parcels, was zoned for high-density apartments and would have had to be developed independently of each other.

Kawano and his team figured out a way to develop both parcels at once under a PUD (planned unit development). The first phase of it included eight condominiums, a risk for Kawano because of the state’s onerous construction defects laws.

“We sold them all within six months,” Kawano said. “At the end of the day, if we screwed up, we’re going to pay the price.”

While the development lost as many as 10 homes because of the way the project is configured, Kawano says it was worth it. “It was important to me to minimize street parking for residents,” he says. “Every resident in this development has onsite parking.”

Large windows maximize daylight and views of downtown Denver. The rooftop living space is designed for hot tubs and photovoltaic solar. Planters are integrated into the upper deck design.

While building a wine cellar in your house isn’t all that unusual, not many people build a whiskey cellar. 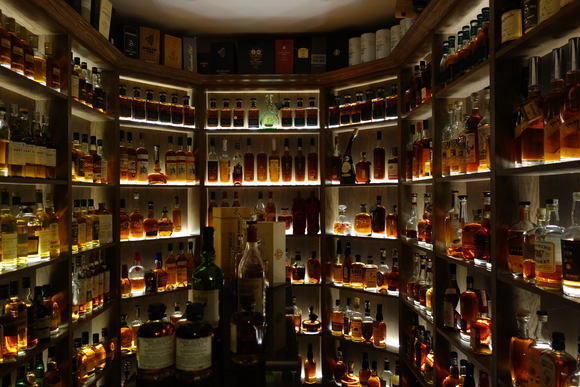 But for Alan Laws, founder of Laws Whiskey House, and his wife, Marianne, nothing could be more natural.

The Laws dedicated a room in their recently built Craftsman-style home in Platt Park to whiskey. Six hundred bottles stand upright on shelves that are lit from below, making the bottles glow amber.

The home is traditional Craftsman, and designer Shelly Sibelius respected the traditional architectural style and use of material while helping the couple select finishes to make the home unique to their particular lifestyle.

The fireplace has Craftsman wood, but the tile surrounding it is concrete bevel. Square knobs give the dark wood cabinets in the kitchen a modern feel. The shower in the master bath is a glossy black tile, and the tile on the floor has been laid in a herringbone pattern. The Laws’ daughter has wooden barn doors that slide over a full-length mirror to open into a bathroom on one side and closet on the other.

“It’s a fun mix,” Sibelius says. “It’s traditional Craftsman. But we put little twists on things to make it theirs.”